But then I think, 80s and 90s… these are the children of the Great Depression. They followed their parents and queued for hours for food stamps and morsels of bread and milk. In their 20s, they laid down their tools and stood up for country during WWII. They saw Australia enter the United Nations and go on to host Olympics and Commonwealth Games. They lived through the Nuclear Crisis, superstorms, and endless droughts.

They faced the fires: Black Friday, Black Tuesday, Ash Wednesday, Black Saturday and last summer, where fires raged across every state and territory in Australia.

Essentially, they were Victorians who survived a lot of Australia’s darkest days..

I think we should pay homage to that.

They survived, so we could live.

So, I say thank you and farewell.

Celebrating 🐣 Easter Sunday 🐣 and 15 years of being an 🇦🇺Australian citizen 🇦🇺with a stroll about the suburbs.
Dad said I had to finish the champagne… and I guess that’s a sacrifice I’m willing to make 🥰🥂🍾
Easter in the sky over south east suburbs 🐣
Enjoying #goodfriday with homemade congee and egg curry 😋
When you’re flicking through an old cookbook at your parents and realise the bookmark is a torn up train ticket from the 90s 😹
Jasper sad Ollie has a treat and he doesn’t because he didn’t savour his own and now it’s gone 😹
🥳 Happy Birthday @[1145842533:Harry] 🥳
#lysterfieldlake
A beautiful day for an adventure #melbourneneedsnofilter

IS FITNESS YOUR THING?

Do you want to feel comfortable during your work outs?

Then, why not treat yourself by popping over to http://juststrong.com/discount/CALFORD10 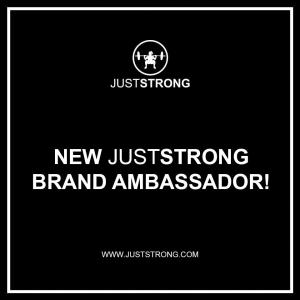